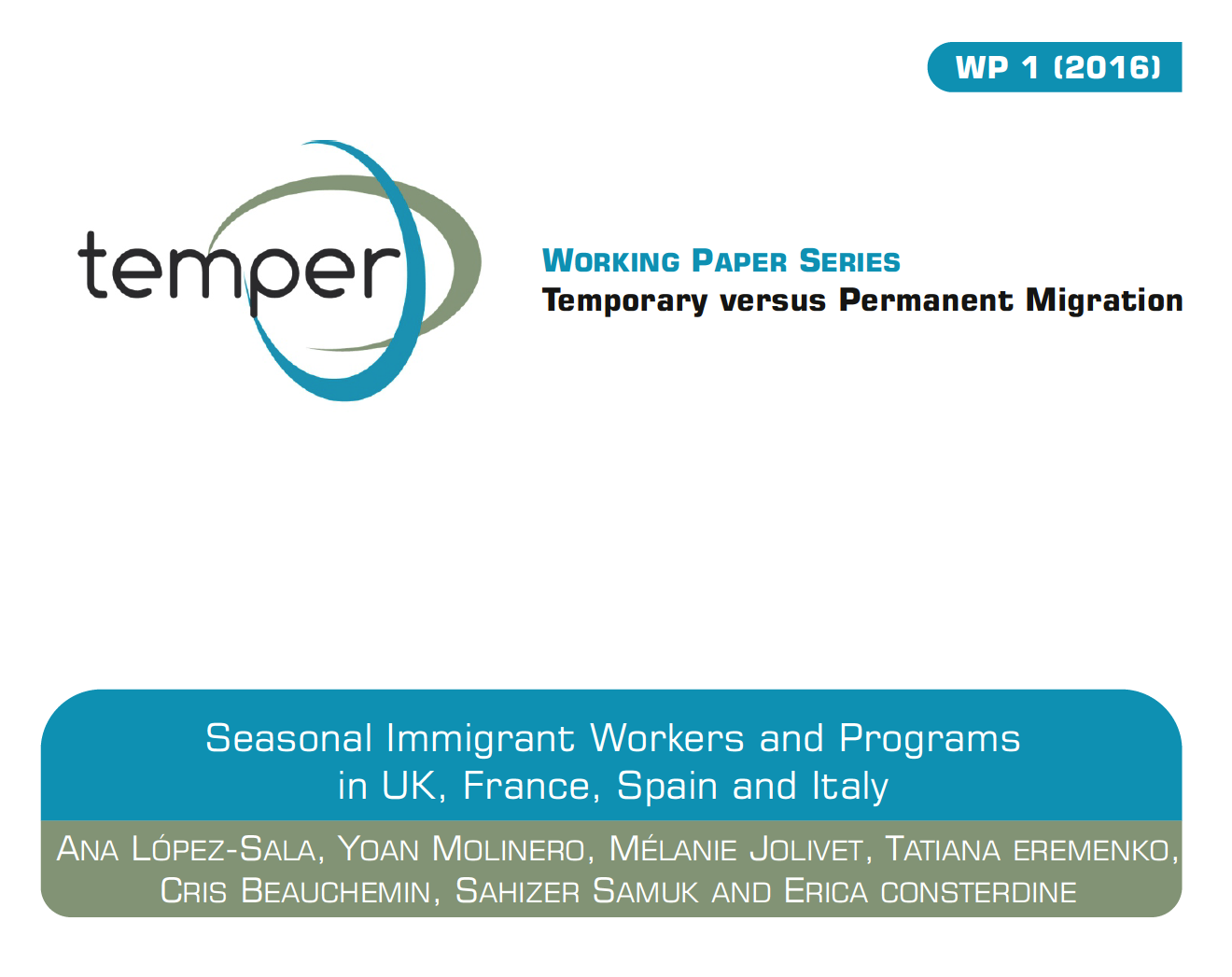 Posted at 15:03h in Other by Yoan Molinero
Share

Programmes aimed at channelling seasonal workers to the labour market of European countries have a long tradition. Many of them started in the decades following World War II, but have changed a great deal over time, although the majority are aimed seasonal economic sectors, such as agriculture or tourism. Over the past few years reforms to these programmes have directly or indirectly promoted forms of circular migration among this kind of migrant worker. The aim of this comparative paper is to provide a detailed report outlining the policies, programs and demographic factors that drive seasonal work flows in France, the UK, Spain and Italy in the period between 2000 and 2015. This report was based on the analysis of legislation, diverse official documents produced by various agencies and institutions, as well as a review of academic literature. All available data were used to characterize the seasonal migrant workers in each country.